ABOUT SOUL IN MOMMAS DOUGH

Soul in Momma’s dough is about momma’s classic home cooking. It’s packed with feelings, emotions, memories and it will always bring families together. We’re creating a vegan and vegetarian cooking community, filled with passionate people that love food, love family and love the planet we live on. The dinner table, and the time spent with family sitting round it, is such a powerful tool for seeing families come together, reconnect and strengthen. We want to share stories of where family has been strengthened, through times of adversity, with real vegetarian and vegan soul food at the core. We all love our mommas and their cooking, and we always will, no matter how estranged we may become! My name is Stephen and here’s my story. I can’t wait to hear yours too!

Welcome to Your Food Tribe!

This a place where we can be open and honest about how momma’s cooking has affected us and brought us back from the brink. If you want to share your story about vegetarian or vegan food and the impact it’s had on your family, send us an email and join our community today!

It all happened on October the 25th 2002, in Jamaica, while on holiday with work colleagues, adults and children. We were on our way home after a day trip, all sleeping or dozing off on the bus, when the local driver overtook traffic on the inside lane – little more than a deep gravel pit. Travelling at way over 60mph, we crashed into a light post on the highway.

Everyone in the vehicle was injured, with one lady even breaking her leg. I ended up in hospital, firstly in Jamaica and then back in England, after suffering six fractures in my left leg, shoulder and pelvis. I was off work for 13 months and had to learn to walk again. I’ve always been a big guy but 5 months in hospital caused me to lose up nearly 5 stone in weight. A former colleague called it the hospital diet, which was probably true – the food was awful!

I was not married so my mother, two years into retirement, dedicated her time to improving my health, to her own detriment and at her own cost. Some people call it a mother’s love! This love included cooking for me, whether I was at home or in hospital.

What I ate was a lot of traditional Caribbean food, such as stewed chicken, curried goat, oxtail, brown stew fish, rice and peas or white rice and a lot of cabbage, or what is known as “hard food” (e.g., yams, potatoes and dumplings). It was all delicious and brought me back to life!

LEARNING FROM MY MISTAKES

A mother’s love is usually unconditional, yet is often taken for granted. I made that mistake. At the time of my accident, we had not spoken for almost a year. In life, we get to choose our friends but, at its worst, with regard to families, it can at times feel like “lump it or like it.” My mother and her cooking cared for me and the lesson I learned is never to take her for granted. One day she won’t be here! We have to enjoy and make the most of the time we have together right now.

I was born into a Jamaican immigrant family of five – mum and dad running the show, with me as the only son of three children – one older sister and one younger. We were all brought up in a working-class town named Ilford in East London, England. My mother was a community midwife and my father worked for the area Post Office. Upon reaching a certain age, I noticed that people from immigrant families often tended to seek employment and security from employers likes Fords, in Nursing, British Telecom or at the Post Office. I dreamed of something else.

Later in life, I learned that there is nothing quite like a regular pay check, no matter who the employer is, especially if it makes your pockets feel heavy! A number of years after leaving home, I entered into my twenties without a profession and found myself a liability to friends and family. I experienced, first hand, the stress and damage which the lack of a steady job can cause to these relationships. Down the line, I found work and worked for 25 years in Social Housing maintenance.

Right now, I am a frustrated amateur cook, who loves eating food from around the world but realises that I will never win MasterChef! I’m a prolific football biography reader, who has spent over two decades in local libraries reading English and American social history. I eventually stumbled upon the story of the Afro-American migration and the food which represented their struggle (Soul food).

A huge benefit that I’ve found, in starting this community, is having the opportunity to share the stories that inspire me. I have always loved to listen and felt inspired when I hear stories about what people do for the betterment of their families. Now, the name "Soul in Momma's Dough" is all about Momma's cooking. It’s about, feelings, emotions, memories – momma’s cooking always brings families together! 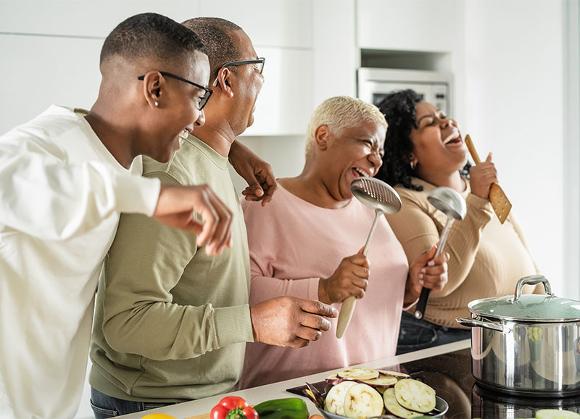 The silhouette of the Afro-American woman on the logo is a tribute to all the mothers who cooked their versions of Soul food for their families during the Afro-American Migration. I now honour and pay tribute to all the mothers in the United Kingdom who ensure that the Soul in their Dough brings and keeps their families together! Even if they don’t always show it, your husband and children love you and your cooking means the world to them!

Between 1910 and 1970, approximately 8 million Afro-Americans left their homes in parts of the Southern USA, like Georgia, Mississippi, North and South Carolina and Florida, migrating North to cities like New York, Detroit and Chicago. There, they hoped to find a better way of life, by working in industries like construction, manufacturing and the automobile industry. They could triple their wages, as well as escaping racism and discrimination under the infamous “Jim Crow” laws.

This became known as “The Great Migration.” Over a 60-year period, they brought food flavours from the South with them, which were cooked and eaten in homes, churches – in fact, anywhere they flocked together! This was eventually nicknamed “Soul Food” and, fused with vibrant music and colour, formed the backbone of Afro-American culture as we know it today! 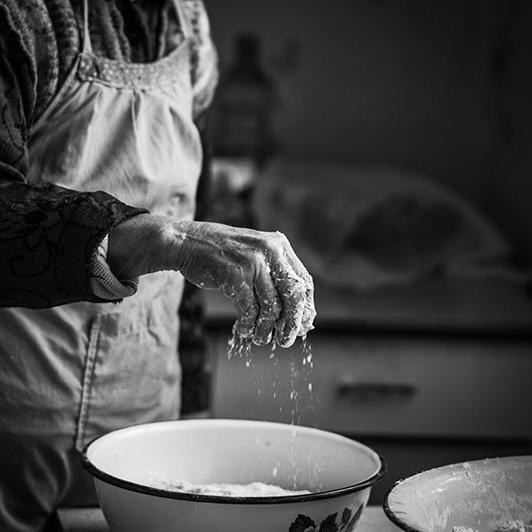 We love stories like these – where food shaped culture, saved family and took centre stage in making the world a better place! If you have a story you’d love to share, about how momma’s home cooking made your life better and brought your family together, send us an email and get involved with our vegan soul food community today!

Your E-mail has been sent. We will be in contact with you soon.

Please refresh the page and re-submit the form.

SORRY
Your content caused an error and your email has not been sent.
Please remove any unusual characters and try again